In total, TPC collected four “2018 Gold Awards” in the “General” category, four “2018 Gold Awards” in the newly introduced “Digital” category, and one “2018 Excellence Award”. The winners were announced during Paperboard Packaging Council’s (PPC) annual conference at the Whitley Hotel in the Buckhead district of Atlanta. This year’s competition marked the first time digitally-converted cartons could be adjudicated.

Submissions were judged over three days at PPC’s headquarters in Springfield, MA. In all, 130 entries were considered by an eight-member judging panel, which included university professors, brand owners, retired industry executives, and packaging engineers. 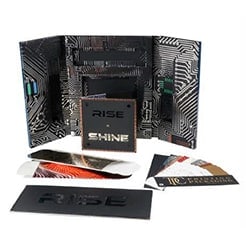 TPC Packaging produces a wide range of high-end custom folding cartons and promotional packaging for customers primarily in the cosmetics, fragrance, spirits and health & beauty markets. They installed the UltraPro to expand the range of effects they could offer their discerning clientele. And it was immediately popular.

In fact, the piece TPC Packaging created for the open house event that introduced the new capabilities — titled “Rise & Shine” — to showcase the full range of effects had previously won a national Benny award, as well as a regional Printing Industry Association of the South (PIAS) Best of Show award. At the PPC competition, “Rise & Shine” won a Gold Award in both the General category and the Digital category.

“Rise & Shine was an introductory promotional piece, designed to promote this technology, and communicate our new digital capabilities properly with our existing, as well as newly target customers,” said Joseph A. Schmissrauter III, President, TPC Packaging. “All 10 of our top accounts — which make up the bulk of our revenue — have already been introduced to the technology through the Scodix UltraPro system. We are eager to institute the larger format and increased production speeds of the Scodix E106.” 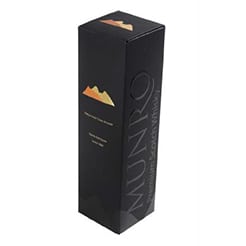 In addition, TPC was also honored with seven more awards

TPC first opened its doors as Textile Printing Company on April 19, 1924, when Joseph A. Schmissrauter, Sr., purchased some used printing equipment for $250. “Smitty”, as Joe Sr. was known, established the company philosophy that “The customer is at the top of the organizational chart”, which still holds true almost a century later. He instilled this same philosophy in his only son, Joe Jr., who provided the leadership to make TPC one of the strongest independent folding carton companies in North America. Upon Joe Jr.’s death in October 2000, ownership passed to his children, Joe III, Mark, Kurt, and Hilda.

The third generation of the Schmissrauter family and their employees recently observed the 85th anniversary at a plant-wide meeting. Company president, Joe III, happily declared, “TPC has survived world wars, recessions, and even the great depression.” Today, the company remains privately owned and operated by the Schmissrauter family. As a leader among folding carton manufacturers, TPC supplies a complete range of packaging solutions along with the expertise of its loyal and talented associates. www.tpcpackaging.com

Scodix Ltd. is a leading provider of digital print enhancement presses for the graphic arts industry, giving print service providers and converters real, measurable added value to the products they deliver to their customers. Scodix gives clients the tools they need to expand their product portfolio and stay one step ahead of the competition. Through its Scodix S Series, Scodix Ultra series and Scodix E106™ press, the company offers a range of applications including: Scodix Sense™ with exceptional tactile results for embossed effects; Scodix Foil™ utilizing all types of foil to deliver unmatched foil enhancement capabilities; Scodix Spot™ for silkscreen effects; Scodix VDP/VDE™ (with barcode) for personalization including variable foil; Scodix Metallic™ enhance print with metallic coloring; Scodix Glitter™ for a digital-glittering experience; Scodix Braille™ for short-run production; Scodix Crystals ™ replacing the manual placement of chatons; and Scodix Cast&Cure™ for 3D holographic effects. What’s more, all Scodix applications are manufactured on a single Scodix digital enhancement press.

The company’s aim is to lead print enhancement into the digital age and to be known for its passion and commitment to providing what customers need the most – true brand differentiation for today’s highly competitive printing environment.

Copyright 2019. All brand names are the property of their respective owners and may or may not be trademarked.